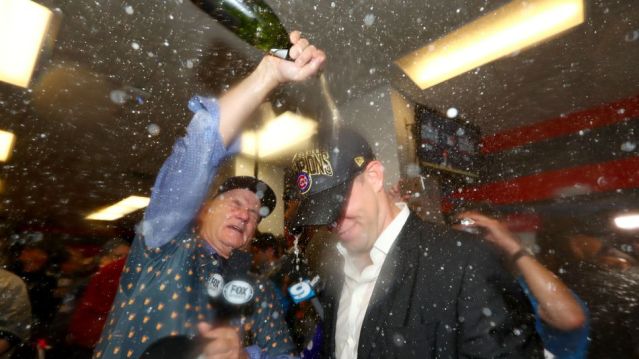 WAR – Wins Above Replacement.  What is WAR?

wOBA – Weighted On-Base Average.  wOBA is on the same scale as OBP and attempts to improve upon the OPS stat by properly weighting each event from a walk to a home run.

ISO – Isolated power.  ISO is calculated by subtracting batting average from slugging percentage to eliminate singles from the equation.  Generally, an ISO of .150 has been league average (although that has probably changed in the past couple of years) while a .200 ISO is the mark of a hitter with plus power, getting to .250 is near elite and the elite power hitters with 50+ homer potential can reach .300 ISO and above.

BABIP – Batting average on balls in play.  BABIP is used to show a player’s batting average on all balls that are put in play (home runs are therefore excluded).  A BABIP of around .300 is league average and players that range far above or below that number should generally see regression to the mean.  A high amount of line drives and ground balls have positive effects on BABIP, while players with high fly ball percentages will typically have a lower BABIP.

FIP – Fielder independent pitching.  FIP uses strikeouts, walks and home runs allowed to produce a number on the same scale as ERA.  FIP is a predictive stat that eliminates the effect that balls in play have on a pitcher’s ERA.

xFIP – Expected FIP is the same as FIP but takes the home runs allowed part of the equation and normalizes it to the league average, which is generally around 12 percent.  xFIP attempts to account for abnormally high or low rates of home runs allowed to better predict future results.

LOB% – Left On-Base percentage is also known as Strand rate and refers to the percentage of base-runners a pitcher allows to score.  LOB% deals only with base-runners a pitcher is responsible for and not inherited runners.  The league average LOB% is usually around 72 percent, with high strikeout pitchers generally posting a higher rate than others.  Unless a pitcher has previously shown a higher or lower propensity to strand runners, this number will typically regress to the mean of 72 percent.

TWTW – The Will To Win