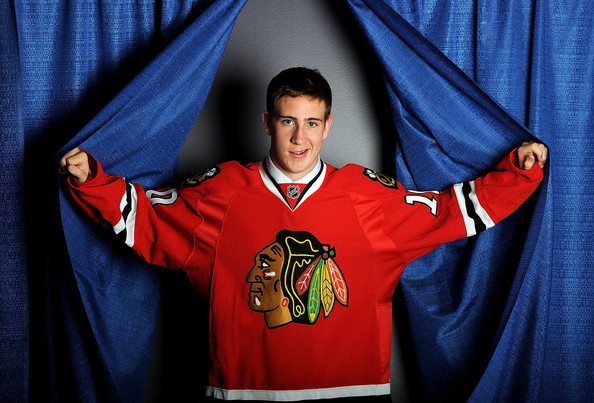 The Blackhawks selected Kevin Hayes with the 24th overall pick in the 2010 draft and had an opportunity to sign him once his senior season at Boston College ended this April.  However, contract negotiations appear to be over and he is unlikely to sign before the August 15 deadline.

According to Hayes’ agent Robert Murray:

“We’re likely going to wait until Aug. 16 and see where things are at that point.  It’s absolutely nothing against the Blackhawks. We just feel this gives Kevin some options.”

Blackhawks general manager Stan Bowman sounded resigned to the fate that Hayes will not sign, despite a willingness to get a deal done on the part of Chicago saying:

If the Hawks do not sign Hayes they will be compensated with the 24th pick in the second round of the 2015 draft.  Unlike the MLB Draft which awards a team with a pick in the same round and just one selection after the pick in which they failed to sign a player, the NHL does not compensate teams as well and instead seems to penalize the parent club by awarding them with a severely discounted draft pick the following year.

If the Blackhawks had been low-balling Hayes or not negotiating in good faith, then there would be cause to penalize the team, but in this case it simply comes down to the fact that Hayes and his camp have instead chosen to explore free agency. The way the current CBA in the NHL works is decidedly in favor of the player if he can chose to not sign with the team that drafted him and instead become a free agent.

If this is an option at all, then why have a draft in the first place?  If a player decides not to sign with the team that drafted him, despite that team offering an entry level contract, then that player should at least be penalized to some degree by not being able to immediately become a free agent and sign with another team for the upcoming season.

Kevin Hayes may have simply looked at the Blackhawks’ loaded roster and realized that he may not receive immediate ice time.  While a player can’t be blamed for looking out for his own self-interests, if the NHL is going to give players this opportunity then they must compensate the drafting team with a pick equal to the one that was lost.

While losing out on Kevin Hayes as a player drafted four years ago hardly affects the Blackhawks long-term plans, it does expose a serious fault in the system that must be addressed when the owners and player’s union negotiate the next collective bargaining agreement.