Javier Baez starts at 2B for Iowa Cubs 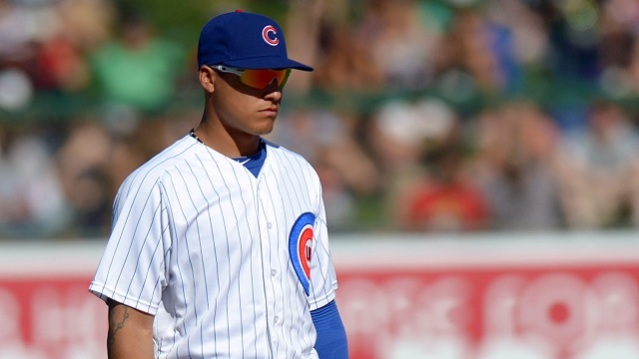 Javier Baez has been working at second base between games at Iowa, but tonight marks the first in-game action Baez has seen at second base during his time in professional baseball.  Because Baez has the athleticism to stay at shortstop, he should be able to adapt quickly to the new position and can hopefully develop into an above average defender.

While it’s just one game, tonight’s lineup in Iowa is the first step in Baez’s eventual ascension to the Major Leagues.  Although Arismendy Alcantara has recently played at second base in Darwin Barney‘s absence, Alcantara’s future with the Cubs is in the outfield.  It may not be likely that Baez is called up this season to play second base consistently, but the mere possibility is exciting to think about.

It remains to be seen how many starts he will receive at second base, but the wheels are now in motion for a future Big League promotion, as Baez makes the switch to what may be his eventual position in the Major Leagues.

UPDATE: Baez finishes the night 2-4 with three RBI on a sac fly, double and home run No. 15 on the season.  Pencil him in at 2B again tomorrow!