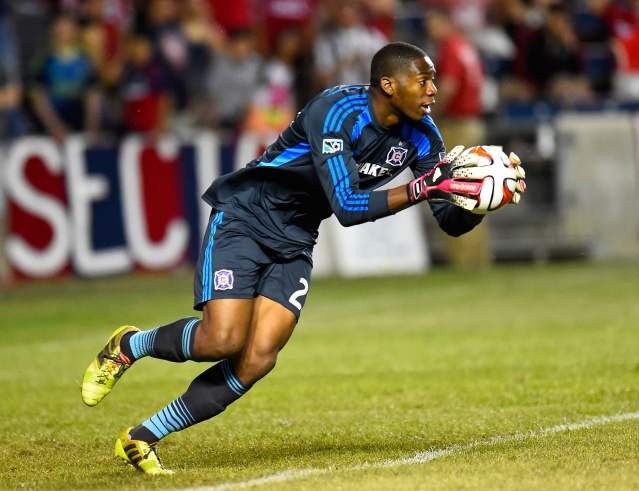 After an early goal by striker Quincy Amarikwa gave the Fire a 1-0 lead Saturday night against the New England Revolution, a bad penalty in the eighty fifth minute threatened to wipe away a potential three points for Chicago.  The last victory by the Fire came all the way back on May 18 against Kansas City, so a loss to the Revolution would have been devastating to both the team and its supporters.

However, goal keeper Sean Johnson ensured that the Fire improved its record to 3-10-4 on the season, which gives them 19 points and ties them for seventh place in the East with their next opponent, the Philadelphia Union.

The top five teams in each conference go on to the MLS Cup Playoffs and the Fire will play next against the Union on Saturday, July 19 at 7:30 CT.

“That’s one of the best penalty saves I’ve seen in a long, long time.”